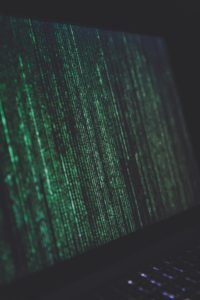 Computer programs, no matter how big or small, are aimed to solve some problem. As your intuition would suggest, a problem is a scenario that needs to be addressed or a task to be completed. In the Computer Science world, you can think of it in terms of input and output. A problem definition should not restrict you from how the problem is to be solved.

The algorithm is a set of instructions or processes followed to solve a particular problem that can transform an input into a specific output through those steps or processes. One or more algorithms can solve a problem. The pros of finding more than one solution are that one solution could be more efficient than the other for a certain set of input.

Properties of an Algorithm

By definition, an algorithm should have a few properties.

How are Algorithms written?

An algorithm can be written as pseudocode.

Pseudocode is written in plain English-like format so that humans could understand it. Often programmers adopt the paper-pencil approach to write down the algorithms and then implement these into a computer program.

Pseudocode is an informal way of writing down an algorithm. And there is no right or wrong way of writing pseudocode, as it is not executable and intended only for humans.

Pseudo-codes are independent of any programming language. For example, in pseudocode, you can write ‘display output’ to print output. It can be translated into System.out.printlin (Java), print (Python), cout (C++)Or any other programming language of choice.
There is no right or wrong way of writing pseudocode, as it is not executable and intended only for humans.

Example of Algorithm in pseudocode

Here is an example of a pseudocode that adds two integers given by the user.

As an assignment, think of an algorithm that takes three integers as input and displays the largest number.