In this lesson, we will learn about ‘for-loop’ in C programming which is used to iterate itself. For loop provides a mechanism to repeat the task until a particular condition in the expression part is true.

syntax of for loop in C

For loop is also known as a definite or determinate loop. Inside the parenthesis of the for loop, we use three statements:

for loop in C explained 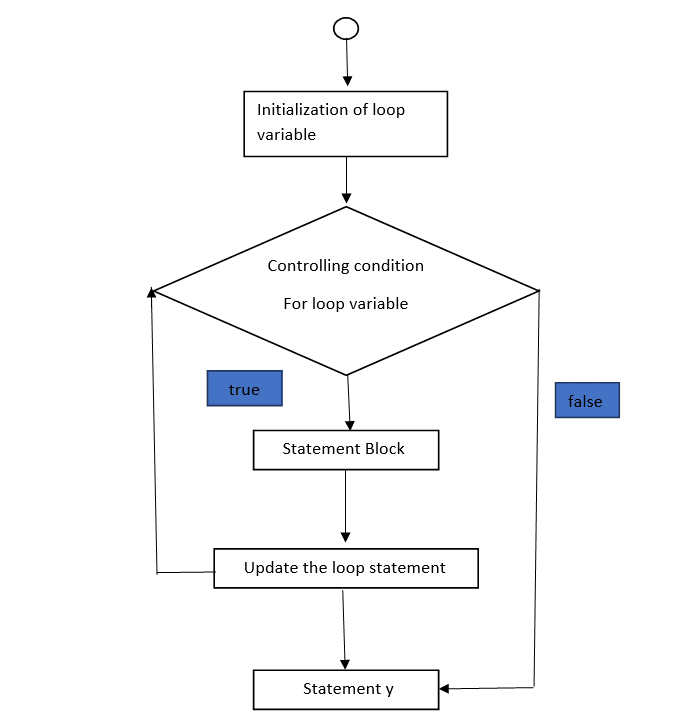 Example I of for-loop in C

Example II of for-loop in C

Explanation- In the above program, a variable ‘i’ is initialized with a value equal to 1. The compiler will evaluate whether the condition given is true or not. If the condition is found true, then the body of “for loop” will get executed, and we will print the asterisk as output, and the value of the variable ‘i’ gets incremented by 1. The loop gets terminated once the condition becomes false.

Back to: Learn C Programming > Control Statements in C